Through the INITIATE Small Grants Program, we provide small grants to human rights organizations to implement Social and Behavior Change campaigns —allowing them to apply concepts and principles they learned through Advance and helping them expand their digital communities. 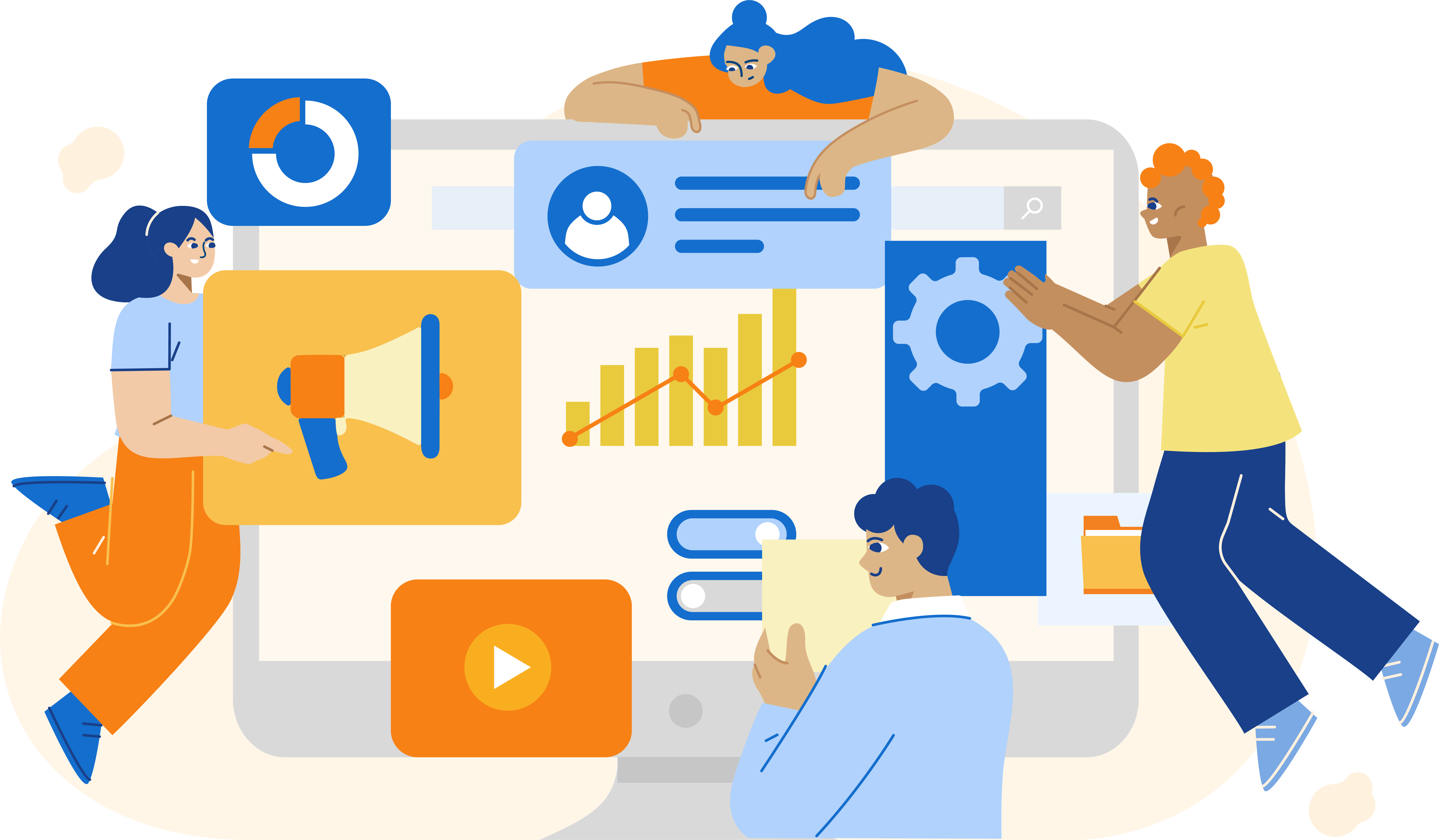 There will be consecutive rounds of proposal solicitation per year to provide multiple opportunities for these organizations to apply. Watch this space for announcements and updates about INITIATE.

Got questions? Read the FAQs or email initiate.humanrightsph@asiafoundation.org.

CALL FOR EXPRESSION OF INTEREST TO ALG MEMBER ORGANIZATIONS

For this initial call, we will provide eight (8) small grants with the maximum funding support of One Million Pesos (Php 1,000,000.00) per qualified member organization of the ALG. I-ACT’s support will prioritize the following interventions: 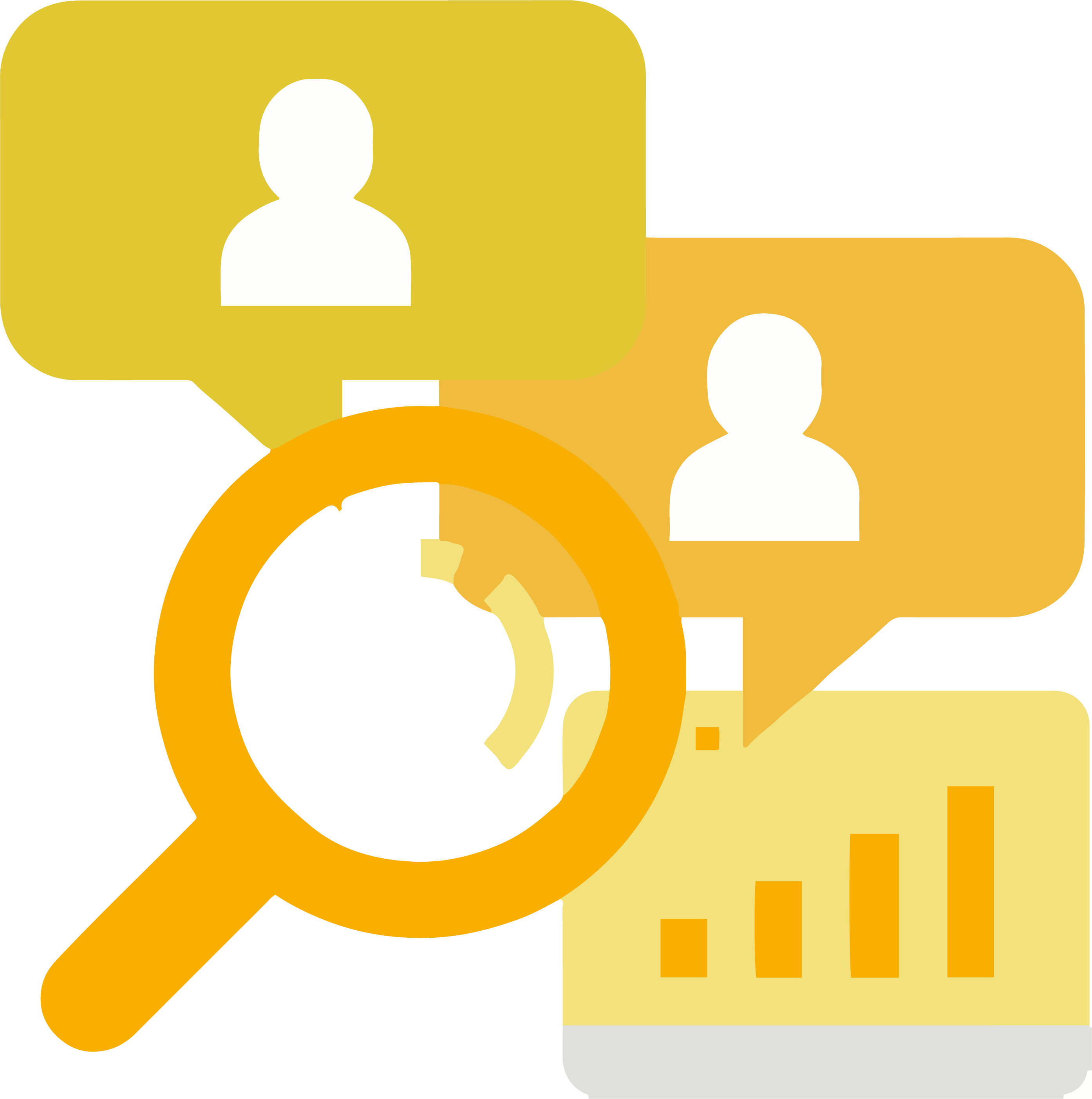 CSOs are encouraged to build on I-ACT’s existing evidence base and conduct small-scale research to design their own SBC interventions. Diagnosis defines the target audience, the desired behavior, and the barriers or facilitators of human rights behaviors. This can be done through surveys, focus group discussions, deliberative forums, etc. 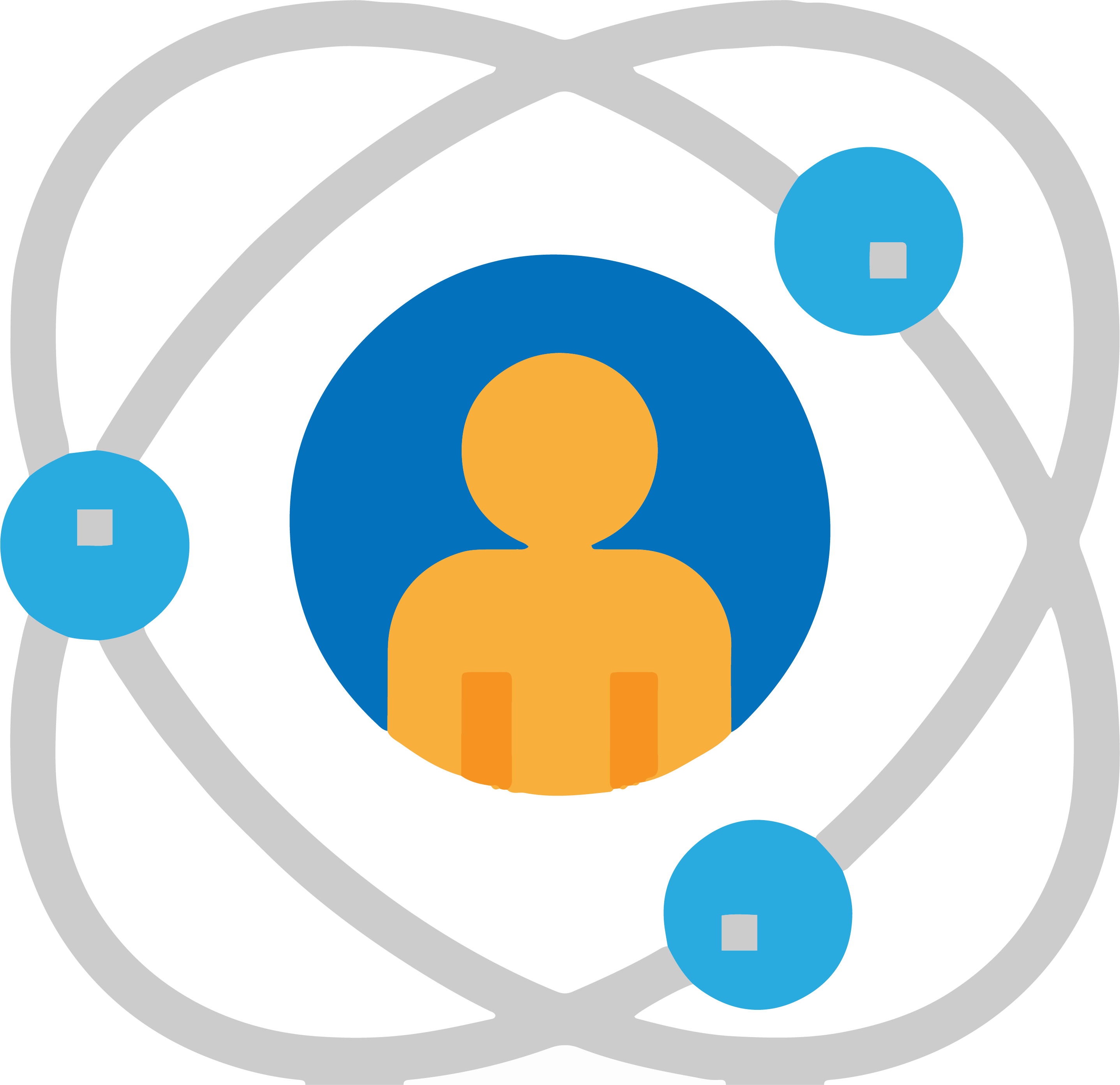 CSOs will test various SBC prototypes using different messaging and (online) platforms. CSOs may develop or redesign at least two (2) prototypes for testing. Upon testing, CSOs will assess which prototypes are best for scale-up to a broader audience. 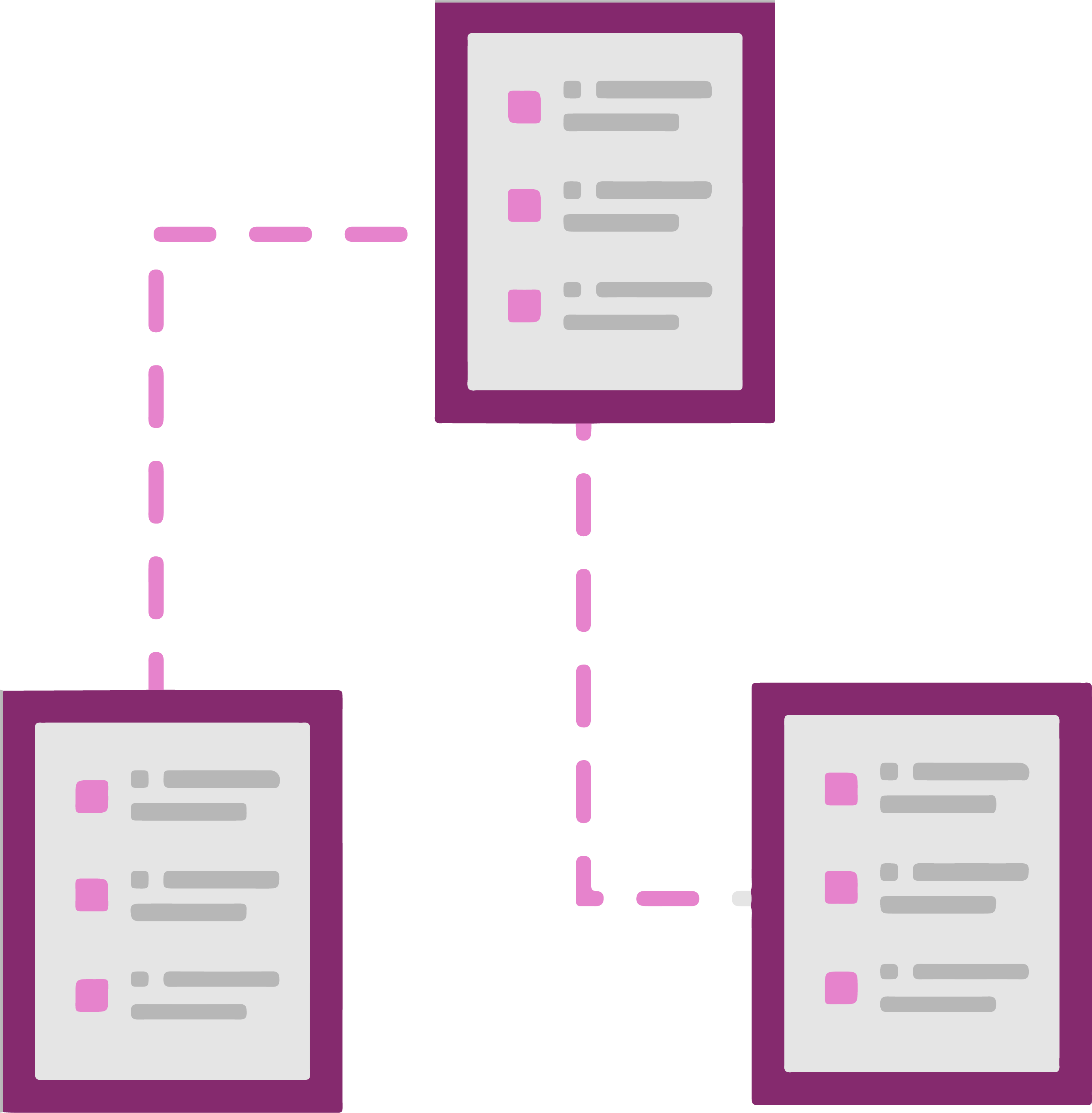 Scale-up aims to expand the CSOs’ digital communities through a) deployment of the best SBC prototype/s and campaigns to a broader audience, and b) increasing their reach to include influencing groups identified by I-ACT.

Cross-cutting issue to be supported under INITIATE:

I-ACT aims to advance CSOs’ capacities for integrating gender equality, disability, and social inclusion principles by ensuring that the SBC campaigns are GEDSI-informed.

I-ACT suggests allocating at least 7% of funding support for this area. I-ACT will also provide small grants to CSOs that prioritize campaigns that address specific intersections between GEDSI and human rights such as:

Organizations that meet the following eligibility criteria are welcome to apply:

SUBMISSION OF EXPRESSION OF INTEREST (EOI)

Each CSO interested to apply for the INITIATE Small Grants Program are required to submit an EOI letter discussing the following:

Background of the organization

Short description of proposed activities which contain a brief overview of planned activities for diagnosis, prototyping, and scale-up

EOIs must be addressed to the following:

Letters should be submitted via email to initiate.humanrightsph@asiafoundation.org and russel.ramos@asiafoundation.org with the subject line “[Name of organization]: Submission of EOI for INITIATE Program under the I-ACT Project (Date)”

Ex: The Asia Foundation: Submission of EOI for INITIATE Program under the I-ACT Project (22 April 2022) 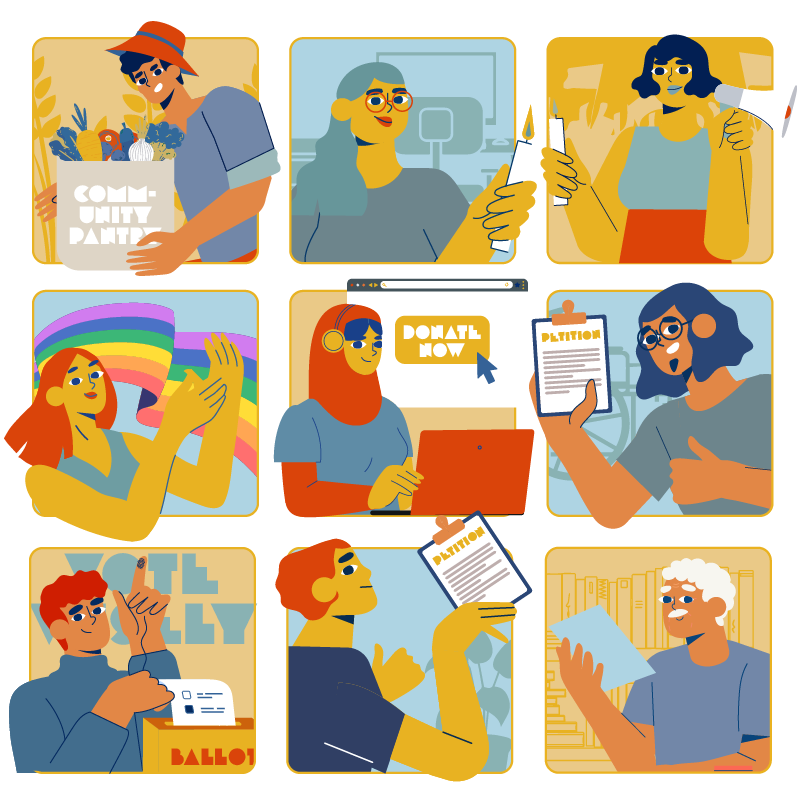 Only shortlisted CSOs will be contacted.
For urgent concerns or clarifications, contact Ms. Russel Ramos, Program Officer, at +63905-667-3556.

What is Social and Behavior Change (SBC)?

SBC is a systematic approach that applies behavioral theories and research addressing behavior change at the individual, community, and societal levels. It is targeted, grounded in existing data, and is measured to show impact.

What is a “behavior”?

A behavior is an observable action in response to a stimulus. An observable action means that behavior occurs beyond the mind—even a behavior done alone and in secret is still potentially observable. This definition also implies that there is an actor that experiences the stimulus and subsequently reacts to it.

Opinions, knowledge, awareness, attitudes, and other mental processes are NOT behaviors. These may eventually affect behaviors but are not in themselves a concrete action. For example: you may become aware of a petition to pass a policy you support. This awareness is not yet the behavior itself, but it may lead to the actual observable behavior of signing the petition.

Likewise, systems, contexts, and other environmental factors are NOT behaviors. These are also likely to affect behaviors and should be considered alongside mental processes in designing behavioral interventions. For example, the existence of bike lanes is not a behavior, but the bike lanes themselves can influence road users to act accordingly and stay in their designated spaces.

What is Social and Behavior Change Communication (SBCC)?

SBCC is a holistic approach using communication as the primary vehicle for SBC interventions. SBCC is a crucial part of the SBC toolkit. It provides a framework that uses advocacy and communication strategies to bring about individual and societal change. SBCC requires a systematic and targeted approach that goes beyond a single flyer or social media post. It uses holistic strategies that do not only rely on mass media but also consider digital platforms, community interactions, and interpersonal communication.

What should the small grant target?

At the minimum, the SBCC campaign plan embodied in the small grant should be able to identify the target (desired) behavior, target audience segment, and target geographic area.

How did I-ACT choose its targets?

During the first year of I-ACT, we implemented various surveys and research activities to attain the project’s baseline and targets.  I-ACT processed the results using three (3) targeting parameters:

What are I-ACT’s broad target behaviors?

The following are I-ACT’s broad target behaviors in support of human rights:

What are the priority target behaviors of I-ACT for human rights organizations?

While there exists a range of behaviors that promote human rights, certain behaviors are prioritized due to their significance, scalability, and impact:

Under the small grant, is the organization required to cover ALL I-ACT’s priority areas and segments?

Not necessarily, the organization may choose at least one (1) priority geographic and audience segment.

Who are the influencing groups?

I-ACT targeting parameters (low engagement, high accessibility, high influence) were considered in selecting influencing groups and target geographic areas, alongside contextual factors such as the operational presence of coalition partners, population size, and media reach. Engaging these groups and areas optimizes project resources while aiming for maximum impact owing to the potential scale to be gained by working along with these identified parameters.

What are the digital communities?

What is a prototype?

A prototype is an early sample, model, or release of a program, product, system, or approach built to test a concept or process. All prototypes must have a central testing issue or hypothesis as well as an intended target user or audience. However, prototypes need not be disseminated to the public nor do they need to be in the medium of the finished product during testing (e.g., storyboard of a video presented to a focus group).

I-ACT will require the organization to develop a minimum of two (2) prototypes for testing: one (1) initial prototype and at least one (1) iteration. Through the I-ACT’s Advance SBC Training Program, the participants will be able to learn how to develop an SBC prototype, test, and scale-up.

“Scale-up” is the process of deploying and rolling out an SBC intervention to a broader public audience. Successful scale-up entails significant increase in the target audience’s public’s engagement with the campaign by performing the desired behaviors. Examples include increased membership in the organization’s digital community, surge in donations, and a high volume of interest to become volunteers. After prototyping, I-ACT will work closely with the organization in determining which prototype is the most effective for scale-up based on a set of criteria.

What if my organization’s current target audience and/or areas are not within the I-ACT’s priority, can I still apply for the Small Grants Program?

Yes, you can. Kindly elaborate your desired audience or area if it is a subcategory of the I-ACT’s target. For example, if the area of interest is in environment advocacy, the organization may target Class C/Millennials environmentalists.

What is the process and timeline of the INITIATE Small Grants Program?

What if the organization’s representatives are not yet done with the ADVANCE SBC Training Program, can we still submit the Expression of Interest (EOI)?

Yes, we highly encourage the organization to submit an EOI pending completion of the ADVANCE Training Program. Organizations can also reach out to any of the I-ACT team members for guidance, clarifications, or recommendations.

What if we don’t have any plans for gender equality, disability, and social inclusion (GEDSI)?

That’s fine. We are willing to guide your organization in designing feasible GEDSI activities.

What’s the ideal allocation of a One Million Peso-budget?

We will ask the organization to submit a detailed budget proposal. The budget may contain the salaries of employees, fringe benefits (government mandatory benefits), travel (if applicable), materials, consultants fees (if needed), other direct costs (activity-related costs), and admin costs (office rental, utilities, etc). We will provide the organization with a list of the allowable and unallowable costs during the call for a full proposal. Below are the recommended budget proportions:

This is the first time my organization is applying for a small grant with The Asia Foundation. What support will be provided to us in this regard?

The Asia Foundation, through I-ACT, developed a Small Grants Manual that outlines the key processes in a small grants program, discusses key grants concepts and principles, and includes all the necessary templates. I-ACT will also hold a series of grants management sessions.

Who can I reach out to if I have additional questions?